You are here: Home1 / English News2 / Bauma 2022 exceeds all expectations 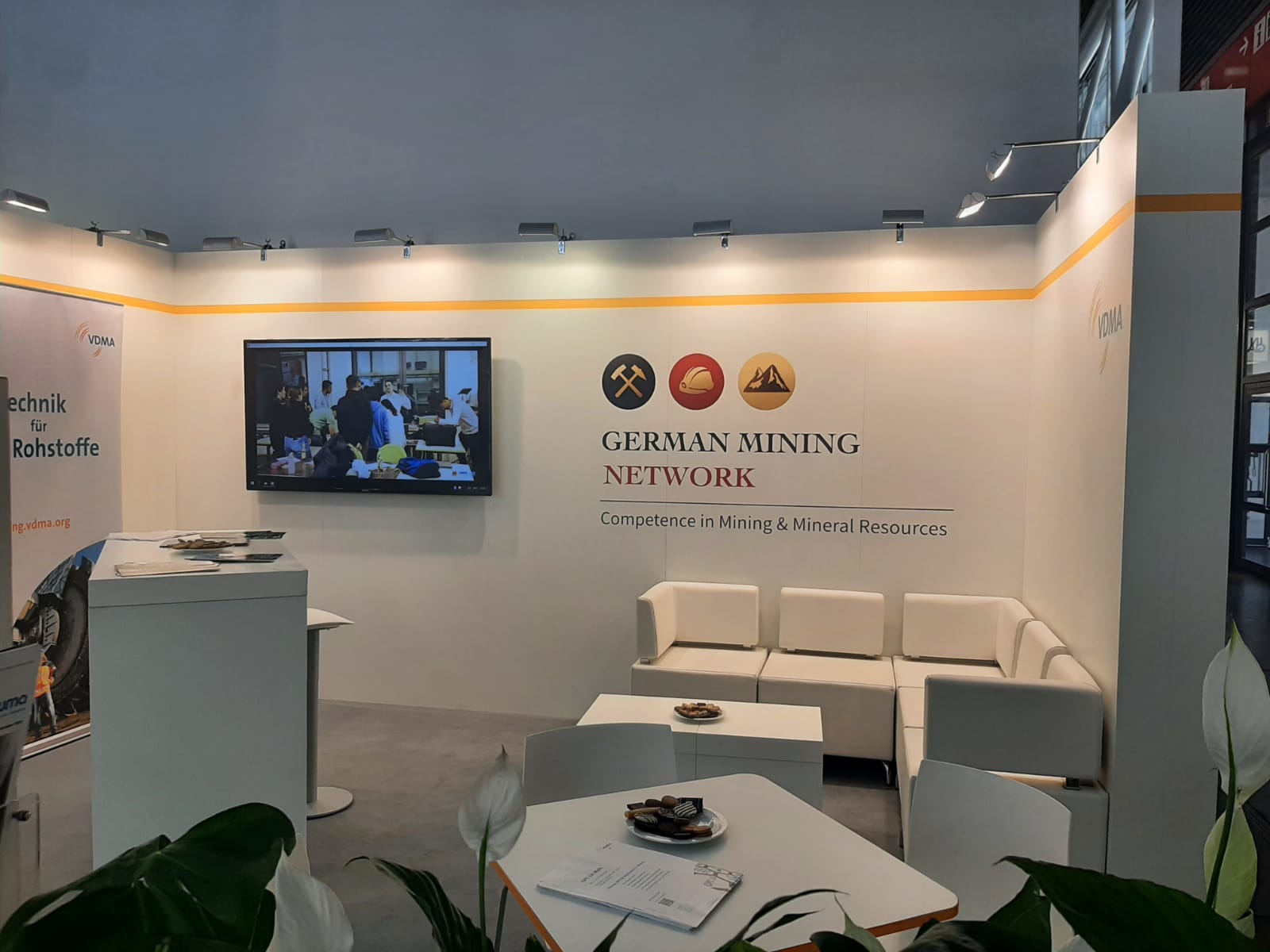 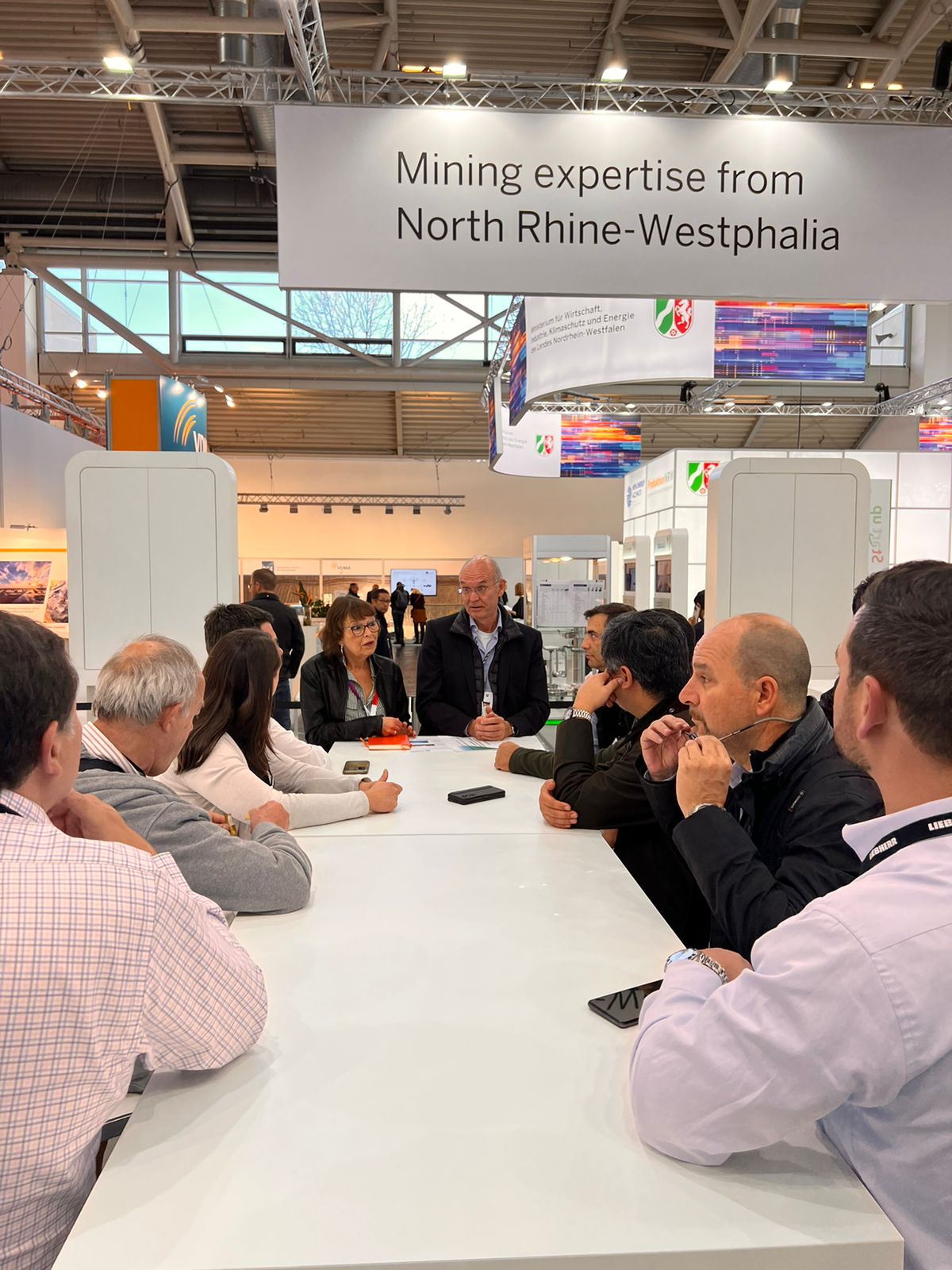 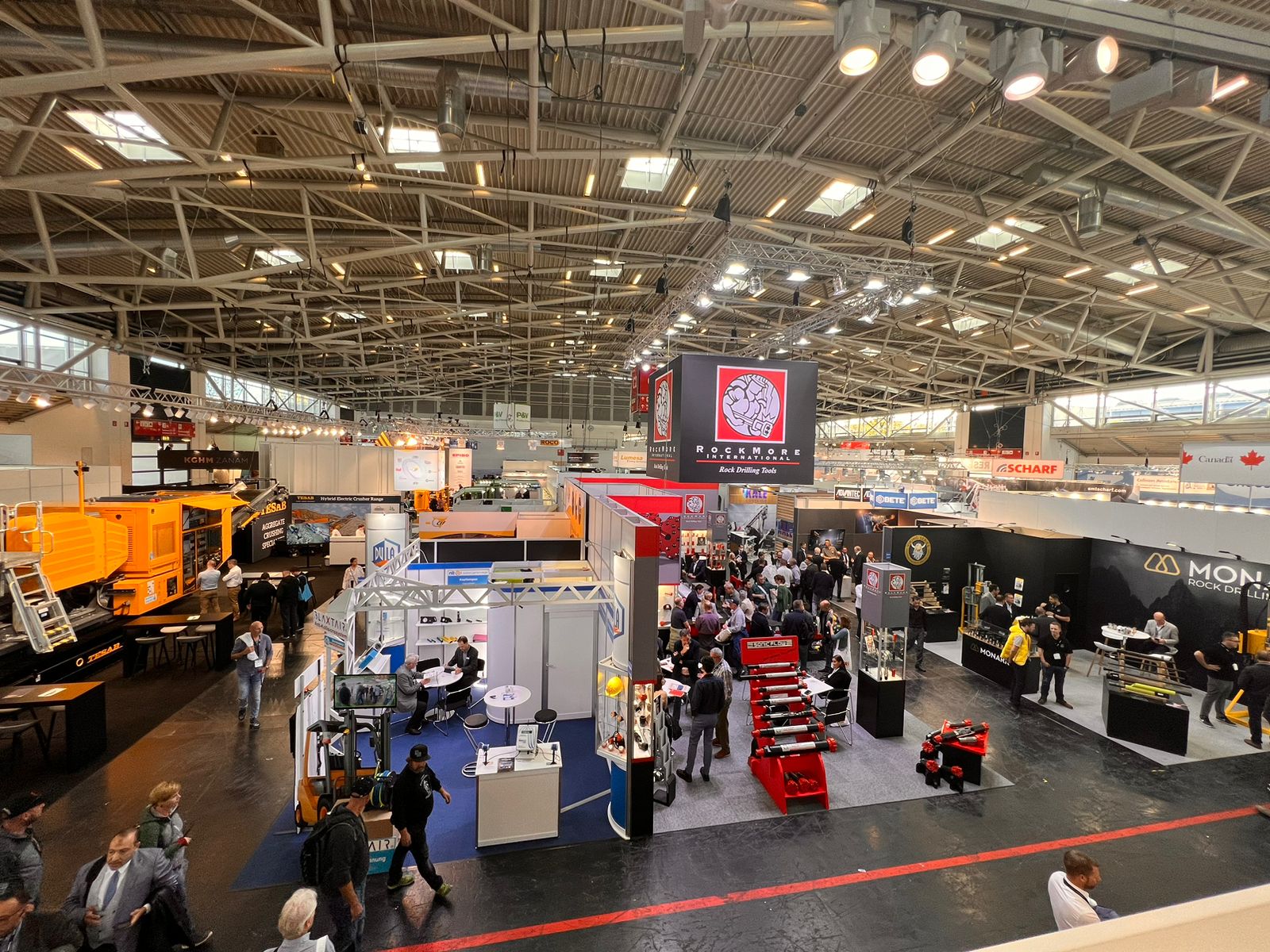 From October 24 to 30, bauma 2022 took place and the Messe München exhibition center once again became the global epicenter of the construction, civil engineering and mining machinery industry. Despite the numerous factors of instability affecting the global economy (pandemic, war in Ukraine, inflation, supply shortages, etc.), this year’s edition closed with excellent figures: 3,200 exhibitors from 60 countries and more than 495,000 visitors from over 200 countries attended the fair. The share of international visitors was around 50 percent.

The top 10 exhibitor countries were, in this order: Germany, Italy, Turkey, Great Britain and Northern Ireland, the Netherlands, France, the USA, Austria, Spain and China. The participation of international exhibitors was almost 65 percent.

The German Mining Network was represented at the VDMA booth, which also hosted delegations from AHK West Africa, AHK Peru and AHK Chile to hear pitches from companies in the region and to network. Delegation participants used their time at the show fair to learn about new trends, make contacts and deepen business relationships.

Joachim Schmid, Managing Director of the VDMA, summed up the week at the show by saying, “Exhibitors once again offered solutions to meet the current challenges related to CO2 neutrality and to address the shortage of skilled workers with automation and digitalization. This is the future. This was evident from both the traditional companies and the nearly 50 new companies that participated in Bauma for the first time.”

Messe München has already announced that the next version of Bauma will be held in Munich from April 7 to 13, 2025.